Archive for the ‘Building work’ Category

Stevie Prior, Director of Norton Hall, on Community Asset Transfer

Interview at the Norton hall open day on July 11th 2010, Stevie Prior is the Norton Hall director who’s been involved in much of the negotiation over Community Asset Transfer. Here’s a sumary of her thoughts.. 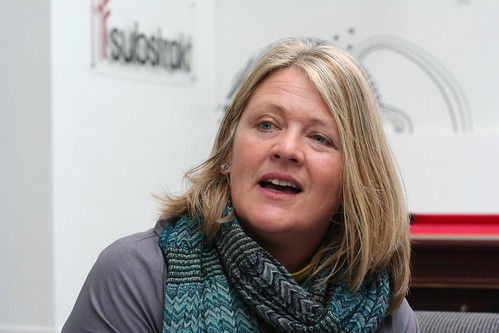 Karen Cheney has been the co-ordinator of  the Community Asset Transfer Development Programme as part of her job as Senior Manager – Community Empowerment Projects Lead in the Neighbourhood and Communities Team of Birmingham City Council – Constituency Services.   Below she talks very clearly about what the programme has achieved END_OF_DOCUMENT_TOKEN_TO_BE_REPLACED

Iftikar Karim has been involved with Asset Transfer since 2002. As a board member of Norton Hall Children and Family Centre he has helped the organisation navigate taking on a 50 year lease of their building from Birmingham City Council and then undergo a £250,00 renovation.

Here he talks about the lessons he has learnt and the advice he would give to other community groups and local authorities:

What are the benefits of Community Asset Transfer?

Suzanne Knipe shows us around Phase 2 of Norton Hall

The Community Asset Transfer programme has helped Norton Hall focus on it’s future.  When the organisation first looked for  funding it was for a more ambitious plan to change much of the building.

Some parts of that plan had to be shelved, but since building work began the organisation has been looking for ways to follow through on all the work.  Here Suzanne Knipe talks about what else is now planned.

After two long years of effort the building was finally handed over on March 31st 2010.

It’s not all smooth going with building work. Suzanne Knipe found that the builders had left their access door unlocked – the one that has to stay secure.

Norton Hall, Steve Harrison, getting back to work

Why are you heating the outside when it snows?

Steve Harrison – Tomlinson’s project manager at Norton Hall – explains why the heaters are on on the outside in the snow.

Norton Hall in early stages of the build

Suzanne Knipe shows us rounds the building work and gives us a sense of what has been accomplished in the first 3 or 4 weeks and what next.